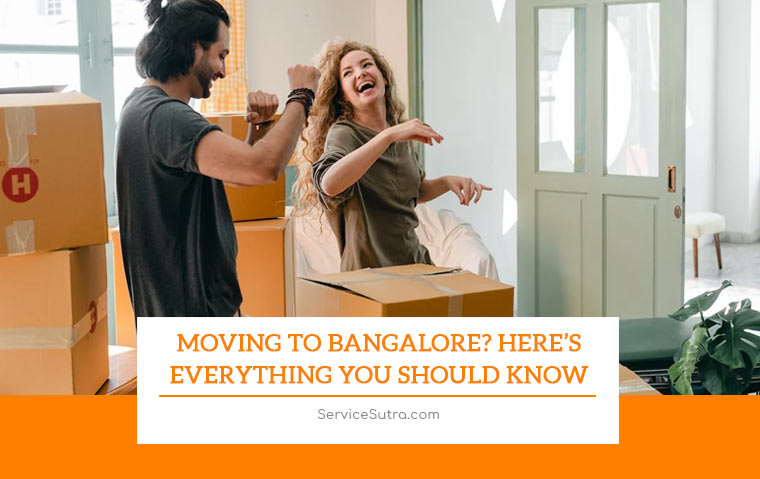 Are you planning for moving to Bangalore, Karnataka? If you say yes, then, there are quite a few things that you should know about the city before you finally make the move. Whether it’s the ultramodern lifestyle, the exhilarating nightlife or the clement weather over there, rest assured that you are definitely going to spend the finest days of your life after you shift to the capital of Karnataka.

However, moving from a city like Kolkata to Bangalore smartly and efficiently is of utmost importance. The first step to doing that would be to get a clear idea about the metropolis and then moving on to something else.

In fact, in terms of business and employment opportunities, Bangalore is a great place to settle permanently. Wondering why? This is because the city is home to some of the best domestic and international IT companies in India.

Besides, there are also a hell lot of parks and gardens to check out in Bangalore and that of several architecturally prominent buildings located in every nook and cranny out here.  So, as you read the guide below, you will get familiar with each of these points and how they together make Bangalore a worthwhile city to live in.

If you are an academic aspirant and wish to attain a rewarding career ahead, then Bangalore is where you should be heading towards this time. In fact, the city is home to some of the finest schools and colleges as compared to any other place in India.

So, you can easily enroll yourself in your dream college or school over there and pursue the higher studies that you have been dreaming of for so long. What’s more, there are also many IIT and IIM institutes in the whole of Bangalore and you can certainly get yourself admitted in any of them as well to actualize your much-awaited career.

In a word, both kids and grown-ups will get the finest education alike during their entire stay in Bangalore.

Kannada is the predominant language

You must know that the official language of Karnataka is Kannada, hence, is spoken widely in Bangalore as well. Coming to the history of Kannada language, it is considered the second oldest dialect comprising the four most prominent Dravidian languages to be precise.

So, make sure that you adapt to Kannada as much as possible since you have to reside in the city for quite some time now. Say for example, instead of saying ”top-quality beer”, you can articulate anything from ”Bro” or ”Maga” so that the locals can comprehend that easily.

It would be best if you can make more friends over there who can speak Kannada fluently. Initially, you might not understand all the terms they are using to communicate between themselves, but, over time you will get wanted to it.

Alternatively, you can get a good hold of the language on WhatsApp as well from the lingual communities, providing special classes on Kannada for free or against a nominal sum. The point is you need not become a Kannada adept, but, being familiar with the colloquial words and phrases would make conversations easier for you when liaising with any of the Bangalore residents out there.

Expect a great deal of safety and security

Did you know that Bangalore is regarded as one of the safest cities in India? Such a secure and hassle-free ambience has led to a cosmopolitan culture in the city, allowing Hindus, Christians, Muslims and people of many other religions to live in harmony with each other.

Besides, the residents of Bangalore are indeed quite friendly and hospitable, hence, violence or belligerence are something you will hardly get in Bangalore. But, it’s always good to remain careful as pickpockets and other hooligans might have made this city their ultimate residence and that you are unaware of that.

Bangalore house design is the best

The houses teeming all across Bangalore are not only great places to live but they are visually pleasing too. In fact, a Bangalore house design of any sort will leave you overawed for hours to come.

Whether it’s the villa-like structures located in the outskirts of Bangalore, the dazzling  Bunglows embellished with Tanjore Paintings and heirloom furniture or the modern-day sustainable designs with lots of greenery around, you will fall for every of the layouts that Bangalore has to offer you.

Besides, there are many revered architects and interior designers out here who can build you a custom home according to your tailored requirements. In a word, you can reside in the finest abode at the time of your Bangalore stay.

Have immense fun in Bangalore

Just the way Bangalore’s work culture is outright stringent, the city’s nightlife is equally enjoyable and thrilling. Just look about you and you will see legions of night clubs and pubs located everywhere in the metropolis.

Many of these places also remain open till late in the night, allowing one to grab their favorite drink at any time of the day. Aside from that, occasional events and parties are also thrown in these fun zones and you can surely have a gala time out here with your friends or family whenever you feel like.

Also, don’t miss out on tasting the flavorsome beers at all that are generally served in these pubs and night clubs. All in all, a brief stopover at any of these spots is enough to de-stress you after a hard day’s work.

Find the perfect accommodation for yourself in Bangalore

If you are moving to Bangalore, you may wonder where to live, but, you need not worry at all! The reason is Bangalore houses some of the choicest apartments and dwellings, spread around the city.

So, make sure that you select your dream home way ahead of time before moving to Bangalore permanently. Consider aspects like its proximity from your workplace or academic institute, intended budget and the area where you preferably want to live and so on and so forth.

Subsequently, buy a home that best fits your unique needs and wants.

Get a sip of that filter coffee for sure in Bangalore

Coffee is something many of us are immensely fond of. If that sounds like you, then your desire will definitely be satiated by none other than Brahmin’s Coffee Bar. Do try out their filter coffee without a miss and you will feel utterly rejuvenated.

Nosh the plump idlis or crisp vadas along with dunking them into a dollop of  tangy white chutney! The experience is simply fabulous!

Relocating to Bangalore has never been so fulfilling!

When it comes to moving your domestic household goods safely, you can count on our expertise of helping you find the best affordable movers for moving to Bangalore. The interstate movers packers services are available across all of the major cities in India.

So, what are you waiting for? Move to a city like Bangalore as fast as possible and expect each of the advantages mentioned above when residing in the city. No matter if you stay in Bangalore once and for all or for the time being, rest assured that you will be left with loads of indelible memories down the road.

Whatever is the case, if you are relocating to Bangalore, you are up for a very fulfilling stay in this beautiful city!

Elina is a passionate blogger. She has been working with various local service providers at servicesutra. When she is not occupied, you can find her watching home improvement and moving related videos on youtube. Her next goal is to become a successful vblogger.View all posts by Elina